A bit of history

The Vercors has long been renowned for its limestone cliffs, with names that have marked the history of the mountains (the mont Aiguille, the Gerbier, Archiane, Presles...). Climbing in the Vercors is almost second nature! It all really started after the war, when Félix GERMAIN published his 1947 guidebook listing all the routes in the Pre-Alps. The person who made climbing in the Vercors famous was Serge COUPÉ, the most prolific climber of that period: From the Mont Aiguille, where he overcame the South-East face (1951), and the South pillar (1952), via the rochers du parquet (1953). In May 1960, COUPÉ overcame two of the largest Pre-Alpine problems of the time: the East face of the Gerbier, which was finally climbed directly via the famous rainbow gap, whilst René CLEMENT and André GAUCI climbed the left pillar in September. And with the same climbers, COUPÉ opened the Spigolo Sud-Est of the Deux Soeurs the same year. This was the golden age for the Vercors, which attracted mountaineers from far and wide. The major mountaineering and climbing experts came to show off their skills thus reinforcing the Vercors' fame even more. However, by the 1960s and 1970s, almost all the unclimbed faces ten years previously had been opened. It was the end of the golden age and both local and foreign climbers turned to the Presles cliffs. Then they moved onto free climbing - the Gerbier sector saw the opening of a number of impressive free climbing routes that have been taken up today. A new generation continued the tradition, and the sites became more accessible with the opening of climbing schools in the 1990s. 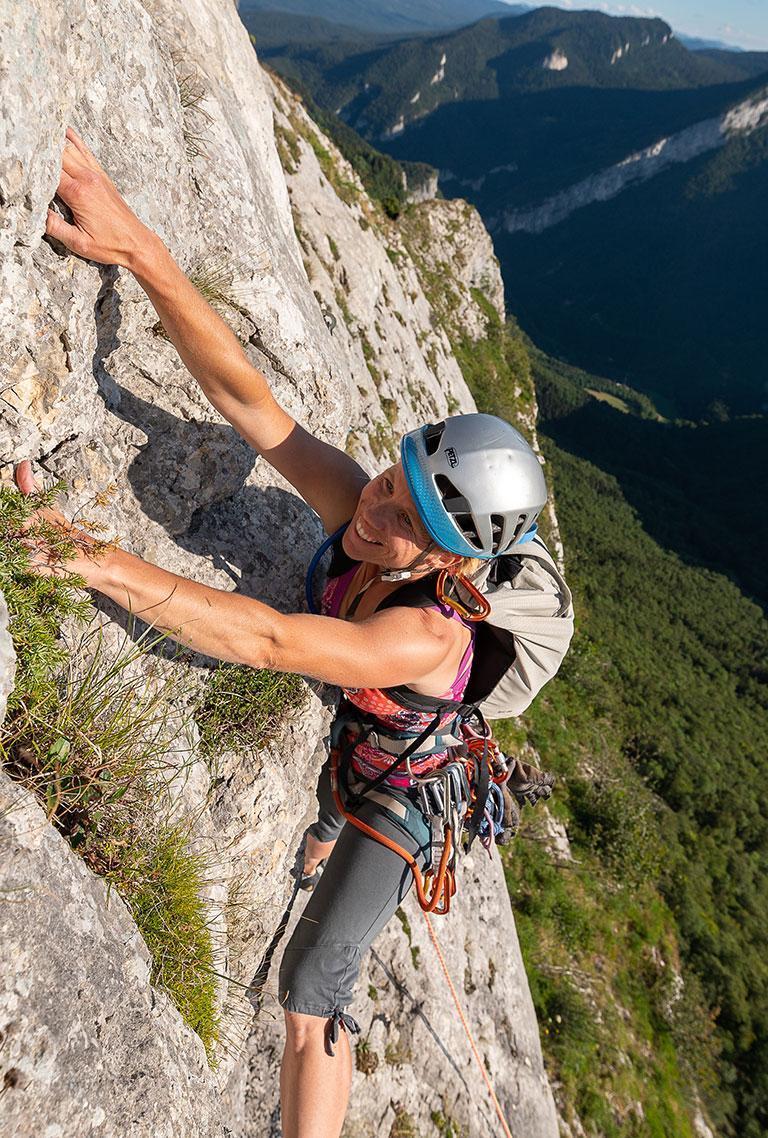 The main climbing sites in the Vercors

Plant life in the cliffs has to face numerous difficulties: considerable temperature amplitudes, absence of soil, wind, drought... The plants meet these constraints by attaching themselves solidly and reducing their surface areas in contact with the air, to avoid losing water and drying out. The species have long roots and cushion-type shapes. Dead trees do not rot in the dry environment. You can see impressive specimens that have reached a respectable age in difficult living conditions. Not many mammals can be found in this vertical environment, but you can find hoofed animals. The chamois is the most widespread, although it is not specifically a rock-climber. At ease in the forest, chased by man, it has found refuge in the mountains and can be seen on the ledges. The chamois create and maintain the paths at the base of the cliffs. The ibex is a better climber, with its rigid hooves that help it grip on the stone slabs. Vertigo is simply not in its vocabulary.

The masters of the airs are of course the birds. There are a number of species that live only in the vertical rock environment, at different altitudes, such as the Alpine Swift which can also be found around the Mediterranean shore. There are also other species that can live elsewhere, such as the Common Kestrel, which nests in the lowland trees. It is difficult to summarize all the bird species that you can meet when you climb, but the most visible are the Wall creeper and birds of prey, which are rare, and so must be protected (peregrine falcon, golden eagle, eagle owl). 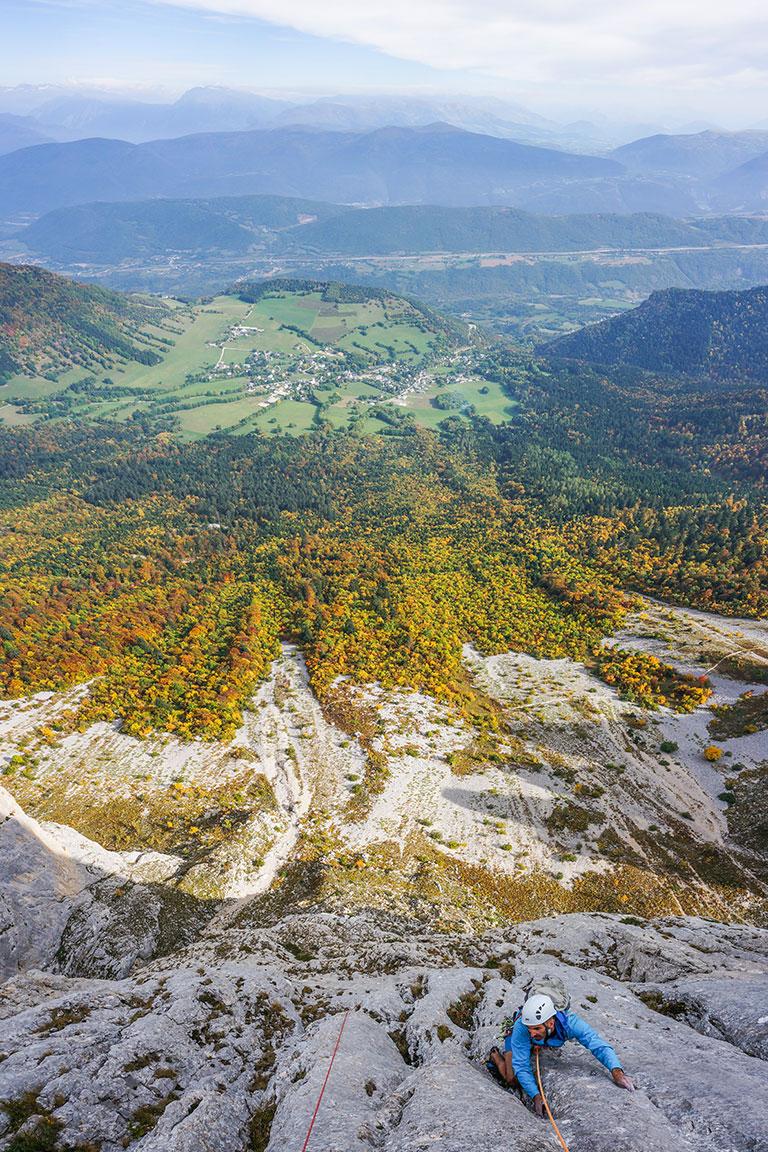