At the entrance to the Gorges de la Bourne, the village of Pont-en-Royans is a true curiosity, with its colourful houses hanging over the river.

A unique architecture and a remarkable heritage, classified Historical Monument.

Pont-en-Royans, in the Royans-Vercors, will astound and captivate you on first sight. Its ochre, yellow and pink houses already impressed Stendhal. They are built on the rock, hanging over the water, and supported by wooden beams. Unique and picturesque! These charming dwellings were built in the 16th century to facilitate the Vercors wood trade, which came down the river Bourne. This original architecture maximised space on this narrow plateau, surrounded by mountains. And it was also practical at the time to fish trout, and bring water up to your living room! 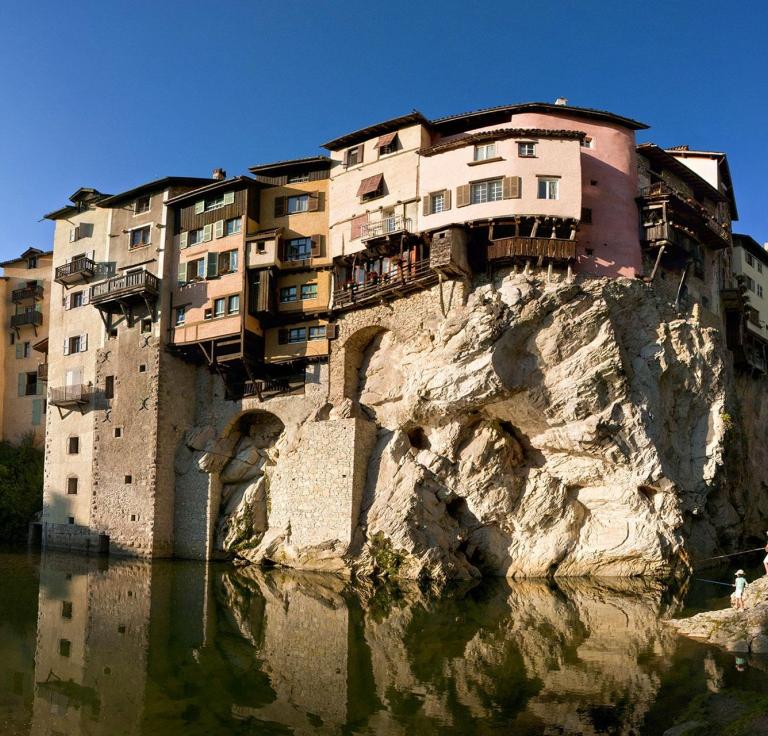 The village's other charms

Pont-en-Royan is the true tourist capital of the Royans, and not only because of its suspended houses, listed as Historic Monuments since 1944. During your visit, take your time to explore the ramparts, bridge and narrow streets of this medieval town. You can also go up by foot to the former feudal tower of Les Trois Châteaux. With as a reward - a panoramic view over Royans! Another must in the village, the Musée de l’Eau dedicated to water in all its forms, with lively and interactive museum exhibits.

Pont-en-Royans is synonymous with the Gorges de la Bourne, one of the most spectacular routes in the Vercors. It connects the village to the heart of the Vercors. Built during the last century, it takes an unlikely itinerary through the narrow pass carved out by the river. With balcony sections of road, hanging over the void, and others carved into the rock. A spectacular and impressive journey! 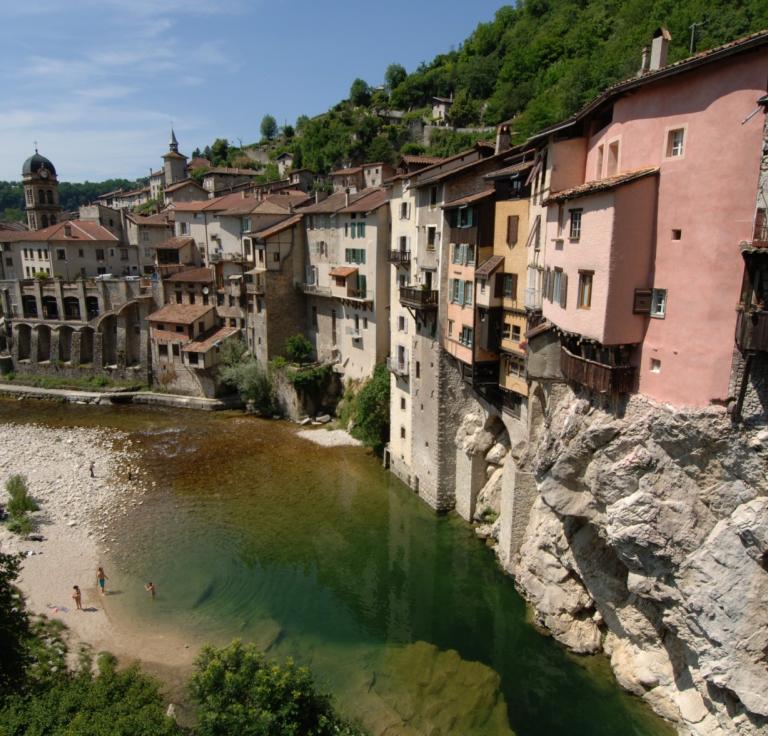